The Memphis VA Medical Center at 1030 Jefferson Ave. recently held an open house and ribbon-cutting ceremony to announce the opening of its new $5.3 million Women’s Center, which should help to meet increased demand for services for returning female military personnel. 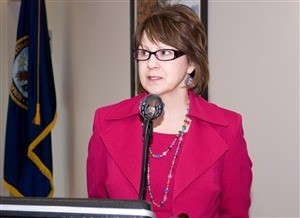 Overall, the number of women in the military continues to grow, reaching nearly 10 percent this year. The number of women veterans receiving health care at the Memphis VA has risen to more than 5,000 last year from 3,500 in 2007.

“As opportunities increase for women in the military, we do expect to see a further influx of women patients,” said Kaye Borgognoni, program manager for the VA Medical Center, Department of Veterans Affairs.

South Carolina-based Harbor Services handled the construction duties, which started in 2011 according to Leland Fong, VA Medical Center primary engineer on the project that had some difficulties to overcome.

“When renovating an existing building, you are always running into challenges and some unknowns,” Fong said.

The new center has nearly tripled the number of exam rooms from its previous space of two years ago, growing from only eight exam rooms to 22, and all rooms feature new handicap-accessible equipment and electronic tables.

Also new are two procedure rooms that can be used for things like gynecological exams.

“One of the number one things we see is back pain,” Borgognoni said. “The military just issued new equipment for women in the military because what they had been carrying was made for men. So we hope we will see less back pain issues in the future.”

“This is the first year that we’ve had a women’s psychologist (Dr. Kristen Caldwell) dedicated just to the Women’s Clinic, so that’s going to allow us to offer more group and one-on-one sessions from a psychological standpoint for our female veterans,” said Borgognoni, who pointed out that all of the women’s staff of 20 are female. “We offer comprehensive women’s health care, so we one provider for patients that can do everything from monitoring blood pressure to gynecological exams. It is one-stop shopping.”

Among the many services available specifically to accommodate women’s care, the center has modern, high-tech equipment, accommodations to meet the needs of families, including play areas for children.

The newly designed facility has room available for future expansion. The hospital is currently looking for another women’s health care provider, as an opening just became available.

Borgognoni expects the new center to see about 40 patients per day, and she expects that number to increase as more women return from recent service in Afghanistan and Iraq.

A new private entrance helps meet another need at the facility: increased privacy and security.

“The VA is generally thought of as a male-dominated facility, so we want to make sure that women veterans want to use the VA for their care and feel comfortable and safe,” Borgognoni said.

In anticipation of the increased number of women entering the military, in 2009 Congress initiated a bill to expand and improve health care services available to women veterans. 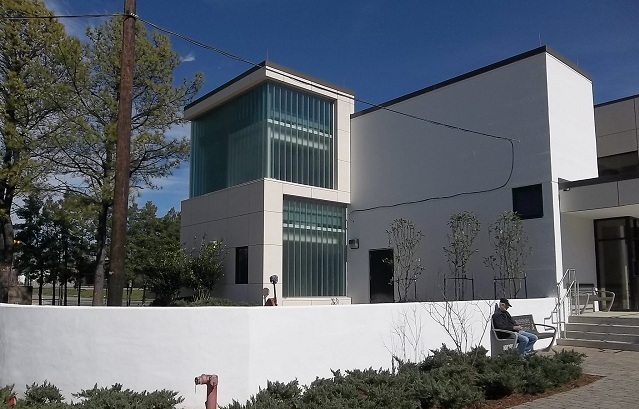